NATO at the Crossroads, why it should exist 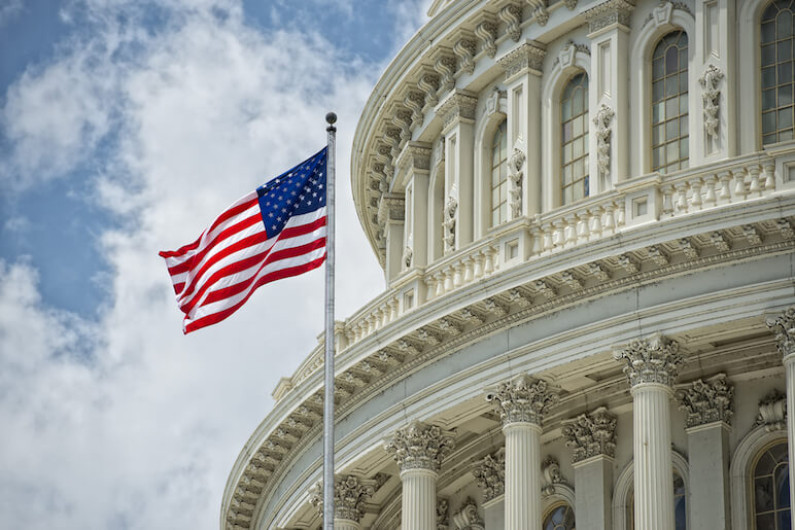 Monaem Sarker: The North Atlantic Treaty Organization (NATO), is an intergovernmental military alliance which was signed on 4 April 1949. The organization constitutes a system of collective defence whereby its member states agree to mutual defense in response to an attack by any   external party. NATO’s head-  quarters are located in Haren, Brussels, Belgium, where the Supreme Allied Commander also resides. Belgium is one of the 28 member states across North America and Europe, the newest of which, Albania and Croatia, joined in April 2009. An additional 22 countries participate in NATO’s Partnership for Peace program, with 15 other countries involved in institutionalized dialogue programmes. The combined military spending of all NATO members constitutes over 70 percent of the global total. Members’ defense spending is supposed to amount to 2 percent of GDP.

The first NATO Secretary General, Lord is may, stated in 1949 that the organizations goal was Ôto keep the Russians out, the Americans in, and the Germans down.Õ The creation of NATO can be seen as the primary institutional consequence of a school of thought called Atlanticism which stressed the importance of trans-Atlantic cooperation.

The outbreak of the Korean War in June 1950 was crucial for NATO as it raised the apparent threat of all Communist countries working together, and forced the alliance to develop concrete  military plans. Supreme Headquarters Allied Powers Europe (SHAPE) was formed to direct forces in Europe, and began work under Supreme Allied Commander Eisenhower in January 1951. In September 1950, the NATO Military Committee called for an ambitious buildup of conventional forces to meet the Soviets, subsequently reaffirming this position at the February 1952 meeting of the North Atlantic Council in Lisbon. The Lisbon conference, seeking to provide the forces necessary for NATO’s Long-Term Defence Plan, called for an expansion to ninety-six divisions. However this requirement was dropped the following year to roughly thirty-five divisions with heavier use to be made of nuclear weapons. At this time, NATO could call on about fifteen ready divisions in Central Europe, and another ten in Italy and Scandinavia. Also at Lisbon, the post of Secretary General of NATO as the organization’s chief civilian was created, and Lord Is may was eventually appointed to the post.

In 1954, the Soviet Union suggested that it should join NATO to preserve peace in Europe. The NATO countries, fearing that the Soviet Union’s motive was to weaken the alliance, ultimately rejected this proposal.

During most of the Cold War, NATO’s watch against the Soviet Union and Warsaw Pact did not actually lead to direct military action. On 1 July 1968, the Nuclear Non-Proliferation Treaty opened for signature: NATO argued that its nuclear sharing  arrangements did not breach the treaty as US forces controlled the weapons until a decision was made to go to war, at which point the treaty would no longer be controlling. Few states knew of the NATO nuclear sharing arrangements at that time, and they were not challenged. In May 1978, NATO countries officially defined two complementary aims of the Alliance, to maintain security and pursue détente. This was supposed to mean matching defences at the level rendered necessary by the Warsaw Pact’s offensive capabilities without spurring a further arms race.

After the Cold War

The Revolutions of 1989 and the dissolution of the Warsaw Pact in 1991 removed the de facto main adversary of NATO and caused a strategic re-evaluation of NATO’s purpose, nature, tasks, and their focus on the continent of Europe. This shift    started with the 1990 signing in Paris of the Treaty on Conventional Armed Forces in Europe between NATO and the Soviet Union, which mandated specific military reductions across the continent that continued after the dissolution of the Soviet Union in December 1991. At that time, European countries accounted for 34 percent of NATO’s military spending; by 2012, this had fallen to 21 percent. NATO also began a gradual expansion to include newly autonomous Central and Eastern European nations, and extended its activities into  political and humanitarian situations that had not formerly been NATO concerns.

In 1996, Gorbachev wrote in his Memoirs, that “during the  negotiations on the unification of Germany they gave assurances that NATO would not extend its zone of operation to the east,” and repeated this view in an interview in 2008. According to Robert Zoellick, a State Department official involved in the Two Plus Four negotiating process, this appears to be a misperception, and no formal commitment regarding enlargement was made.

As part of post-Cold War restructuring, NATO’s military structure was cut back and reorganized, with new forces such as the Headquarters Allied Command Europe Rapid Reaction Corps established. The changes brought about by the collapse of the Soviet Union on the military balance in Europe were recognized in the Adapted Conventional Armed Forces in Europe Treaty, which was signed in 1999. The policies of French President Nicolas Sarkozy resulted in a major reform of France’s military position, culminating with the return to full membership on 4 April 2009, which also included France rejoining the NATO Military Command Structure, while maintaining an independent nuclear deterrent.

The 2006 Riga summit was held in Riga, Latvia, and highlighted the issue of energy security. It was the first NATO summit to be held in a country that had been part of the Soviet Union. At the April 2008 summit in Bucharest, Romania, NATO agreed to the accession of Croatia and Albania and both countries joined NATO in April 2009. Ukraine and Georgia were also told that they could eventually become members. The issue of Georgian and Ukrainian membership in NATO prompted harsh criticism from Russia, as did NATO plans for a missile defence system. Studies for this system began in 2002, with negotiations centered on anti-ballistic missiles being stationed in Poland and the Czech Republic. Though NATO leaders gave assurances that the system was not targeting Russia, both presidents Vladimir Putin and Dmitry Medvedev criticized it as a threat.

No military operations were conducted by NATO during the Cold War. Following the end of the Cold War, the first operations, Anchor Guard in 1990 and Ace Guard in 1991, were prompted by the Iraqi invasion of Kuwait. Airborne Early Warning aircraft were sent to provide coverage of South Eastern Turkey, and later a quick-reaction force was deployed to the area.

Russia continues to oppose further expansion, seeing it as inconsistent with understandings between Soviet leader Mikhail Gorbachev and European and American negotiators that allowed for a peaceful German reunification. NATO’s expansion efforts are often seen by Moscow leaders as a continuation of a Cold War attempt to surround and isolate Russia, though they have also been criticized in the West. Ukraine’s relationship with NATO and Europe has been politically divisive, and contributed to “Euromaidan” protests that saw the ousting of pro-Russian President Viktor Yanukovych in 2014. In March 2014, Prime Minister Arseniy Yatsenyuk reiterated the government’s stance that Ukraine is not seeking NATO membership. Ukraine’s  president subsequently signed a bill dropping his nation’s nonaligned status in order to pursue NATO membership, but  signaled that it would hold a referendum before seeking to join. Ukraine is one of eight countries in Eastern Europe with an Individual Partnership Action Plan. IPAPs began in 2002, and are open to countries that have the political will and ability to  deepen their relationship with NATO.

The Assembly is the political integration body of NATO that generates political policy agenda setting for the NATO Council via reports of its five committees:

The imperialists of the EU and NATO are speaking about International Law and the protection of the lives of civilians. Apart from hypocritical and dubious it is also of double moral. Where is the International law in the case of the Palestinian people who are suffering from a slowly genocide and are deprived of their right for an independent State, not to mention the dozens of resolutions of the Security Council and the General Assembly of the UN? Why the International Law is not applied in the case of the occupation of Western Sahara or the partial occupation of Cyprus till today?

In the course of preparations for the military aggression and occupation of Iraq in 2003, the main argument was that the regime in Baghdad was in possession of Weapons of Mass Destruction. Later, when this flagrant lie was revealed nobody amongst the governments of the EU or NATO raised the question of withdrawal of the foreign troops from Iraq, the killings of civilians and destruction went on and is still going on. Meanwhile the oil of the country is flowing under the US  control and a puppet regime has been installed.

In the case of Afghanistan the US and its allies called for a ‘war against terror’, against the Taliban, which were trained, financed and guided for decades long by the CIA. The invasion and occupation of Afghanistan resulted again in a puppet regime in Kabul and in new records of the opium production and its export for use of the International drugs trafficking.

But also in the murderous 78 days long bombing of Yugoslavia in 1999 by NATO, many lies have been revealed especially  afterwards. The goal of USA, the EU and NATO to divide the  former Yugoslavia in parts and create EU and NATO protectorates like the ones of Bosnia- Herzegovina and Kosovo was serving the goals of Imperialism in the broader region, their plans for the ‘Missile Defense Shield’, their interests in Central Asia and the ‘New Middle East Plan’. The strategy of      imperialism is very clear all these years, despite the contradictions or rivalries that appear from time to time. It is at least naive and dangerous if somebody believes that the various imperialist forces are different from each other or the one better than the other.

Interestingly, Richard Clarks, a NATO watcher and director of the Royal United Services Institute in Britain, said ‘the US still need NATO as political conduit to Europe- but admitted the alliance is struggling militarily. There is no doubt that militarily, NATO is approaching something of a cross-roads – its been approaching this cross-roads for some time.’

We have seen the creation of CENTO, SEATO, BAGDAD PACT & WARSAW in the middle of twentieth century but these pacts had natural death by the end of twentieth century. The world  situation has reached in such a stage that NATO has reached at the crossroads. Now the question has arise why NATO should exist? In the twenty second century the days of NATO’s existence is numbered.

But America needs NATO to keep the world on war war situation. American use Pentagon, CIA & NATO to create war and conflict between countries of the world to sell their weapons around the globe. They only count Russia & China as powerful countries. So America created Ukraine problem by NATO to keep Russia busy in war with Ukraine. Now again America want to create conflict in Taiwan and China to keep them busy to create a war war situation in that region. Time has come for the world people to raise the slogan to end NATO intervention all over the globe and why NATO should exist?