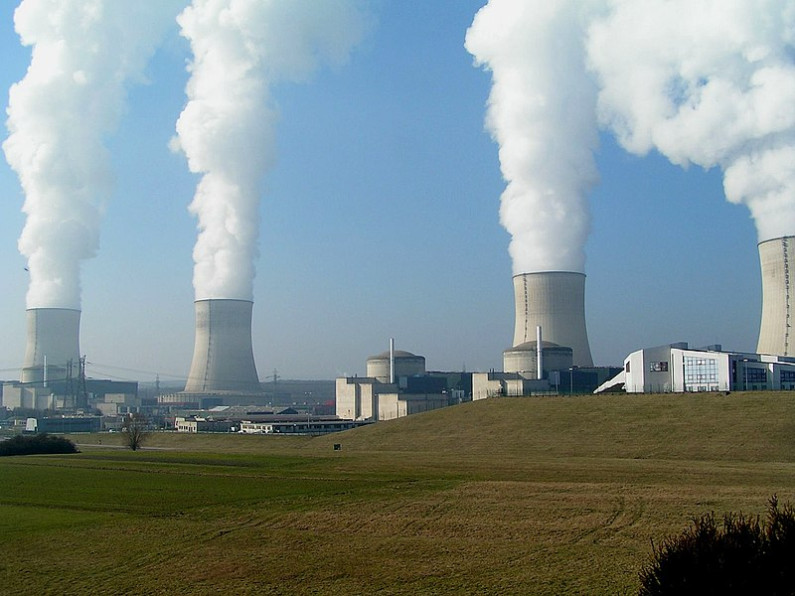 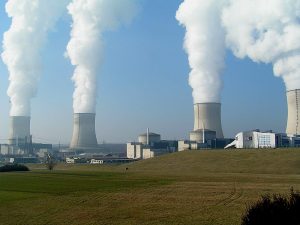 Monaem Sarker: Bangladesh plans to have two large Russian nuclear power reactors in operation, the first
from 2023. This is to meet rapidly-increasing demand and reduce dependence on natural gas.
Bangladesh produced 56 TWh gross in 2014, giving per capita consumption of 320 kWh/yr.
Some 46 TWh in 2014 was from natural gas and 8 TWh from oil (IEA data). Electricity
demand is rising rapidly (9% in FY 2013) and capacity was 11.3 GWe in January 2014, plus
some 500 MWe of import capacity from West Bengal in India, which in 2012 provided over
5% of electricity (but none in 2014). Over 30% of the population remains without electricity,
and the other two-thirds experiences frequent power cuts. Some 5.0% of government
expenditure is being allocated to ‘power and energy’.
The Power System Master Plan 2010 forecast demand of 19 GWe in 2021 and 34 GWe in
2030, hence requiring generation capacity of 39 GWe in 2030. The government aimed for 24
GWe of new capacity by 2021, including the first nuclear contribution. The plan is for
domestic coal 30%, imported coal 20%, natural gas (including LNG) 25%, liquid fuel 5%,
nuclear, renewable energy and power imports 20%.
Nuclear power plans
Building a nuclear power plant in the west of (East Pakistan) Bangladesh was proposed in
1961. Since then a number of reports have affirmed the technical and economic feasibility.
The Rooppur site in Pabna district about 160 km northwest of Dhaka was selected in 1963
and land was acquired. The government gave formal approval for a succession of plant
proposals, then after independence a 125 MWe nuclear power plant proposal was approved in
1980 but could not be implemented.
With growth in demand and grid capacity since then, a much larger plant looked feasible, and
the government in 1999 expressed its firm commitment to build this Rooppur plant. In 2001 it
adopted a national Nuclear Power Action Plan and in 2005 it signed a nuclear cooperation
agreement with China.
In 2007 the Bangladesh Atomic Energy Commission (BAEC) proposed two 500 MWe
nuclear reactors for Rooppur by 2015, quoting likely costs of US$ 0.9-1.2 billion for a 600
MWe unit and US$ 1.5-2.0 billion for 1000 MWe. In April 2008 the government reiterated its
intention to work with China in building the Rooppur plant and China offered funding for the
project. The International Atomic Energy Agency (IAEA) approved a Technical Assistance
Project for Rooppur Nuclear Power Plant to be initiated between 2009 and 2011, and it then
appeared that an 1100 MWe plant was envisaged.
Russia, China and South Korea had earlier offered financial and technical help to establish
nuclear power, and in March 2009 Russia made a formal proposal to build a nuclear power

plant in the country. In May 2009 a bilateral nuclear cooperation agreement was signed with
Russia. In April 2009 the government approved the Russian proposal to build a 1000 MWe
AES-92 nuclear plant at Rooppur for about $2 billion, and a year later this had become two
such reactors by 2017. A nuclear energy bill was introduced into parliament in May 2012,
with work to begin in 2013, and setting up a Bangladesh Atomic Energy Regulatory
Authority. Parliament was told that 5000 MWe of nuclear capacity was envisaged by
2030, and a second plant would be built in the south once Rooppur is operating.
In May 2010 an intergovernmental agreement was signed with Russia, providing a legal basis
for nuclear cooperation in areas such as siting, design, construction and operation of power
and research nuclear reactors, water desalination plants, and elementary particle accelerators.
Other areas covered included fuel supply and wastes – Russia will manage wastes and
decommissioning.
An agreement with Rosatom was signed in February 2011 for two 1000 MWe-class reactors
to be built at Rooppur for the Bangladesh Atomic Energy Commission (BAEC). Rooppur is
close to a HVDC link with India and on the route of a planned 600 kV HVDC link running
up the western side of the country. Another intergovernmental agreement was signed in
November 2011 for the project to be built by AtomStroyExport. In 2014 Moscow AEP said
that the plant would be an AES-2006 with a version of its V-392M reactors, with
Novovoronezh II being the reference plant.
Planned nuclear power reactors
Type Capacity Construction start Commercial operation
Rooppur 1 AES-2006/V- 523 1200 MWe Aug 2017 2023 or 2024
Rooppur 2 AES-2006/V- 523 1200 MWe 2018 2024 or 2025
An intergovernmental agreement for provision of a $500 million Russian loan to finance
engineering surveys on the site, project development and personnel training was signed in
January 2013. The $500 million loan will be repaid in 12 years with five years&#39; grace period.
In June and October 2013, AtomStroyExport signed contracts with BAEC to prepare
documentation related to the construction and environmental impact assessment for the
Rooppur plant, as well as providing for necessary engineering studies, including site
preparation and detailed design documentation. AtomStroyExport said that this represented a
transition to long-term cooperation. A $190 million agreement for major site works to prepare
for first concrete was signed in June 2014, and BAEC authorized this in September, to be
completed by 2016.
The project management company is JSC NIAEP, part of AtomStroyExport. The main BAEC
contract with AtomStroyExport signed in December 2015 amounts to $12.65 billion,
including the first few years&#39; fuel, with Russia financing 90% of the cost at an interest rate of
Libor plus 1.75%, capped at 4%, repayable in 28 years with 10 years&#39; grace period. In June
2016 the cabinet approved a draft agreement for Russia to provide an $11.38 billion credit
facility for 90% of the project, and the agreement was signed in July. Bangladesh needs to
pay its 10% of the contract value in advance. The Russian Bank for Development and
Foreign Economic Affairs and Bangladesh&#39;s state-owned Sonali Bank would work as
authorized banks for the state credit.
Construction of the first Rooppur unit is expected from August 2017, with commercial
operation due in 2023, and the second one will be a year behind it. Other projections give
2024 &amp; 2025 commissioning. It is a turnkey project, and Rosatom will maintain the plant for
the first year of operation before handing over to BAEC. The IAEA continues its close
involvement with the project.
Site works started in October 2013, and were 80% complete in April 2016. A site licence was
issued by the Atomic Energy Regulatory Authority in June 2016. In February 2015
Orgenergostroy, a Russian company, won an $18 million tender to carry out an engineering
survey, perform environmental monitoring and develop project documents for the plant. In

December 2015 Russia’s InterRAO Engineering won a RUR 2.1 billion ($30 million)
contract from Atomstroyexport for the concrete foundations.
In June 2014 the government and the Bangladesh Atomic Energy Commission (BAEC)
invited the Japan Atomic Energy Agency (JAEA) to explore the possibility of building a
second 2000 MWe nuclear power plant in the south of the country. Site selection is under
way and focused on several islands in the Bay of Bengal, notably Mazher Char in Barguna,
Muhurir Char in Feni, Boyar Char in Noakhali and Gangamati in Patuakhali.
In May 2015 Bangladesh asked India to help with training its nuclear staff.
Fuel cycle
All fuel for Rooppur is being provided by Rosatom, and all used fuel is to be repatriated to
Russia, in line with standard Russian practice for such countries.
Research
Bangladesh’s development strategy sees the country becoming a middle-income nation by
2021, in large part by emphasis on its science and technology sector to drive economic
growth. The ministry of science and technology (MoST) estimated in 2014 that US$ 6.2
billion will be needed in the next decade to achieve the goals of Vision 2021. The Science
and Technology Act 2010 is helping to to boost this, and MoST is now allocating over $150
million per year to nuclear technology development as gas reserves become depleted.
The country has had a Triga 3 MW research reactor operational since 1986.
Organisation and regulation
The Nuclear Power Plant Act 2015 sets up the Nuclear Power Company of Bangladesh
(NPCB) to run the plant, though ownership remains with the Atomic Energy Commission
(BAEC).
In February 2012 the Ministry of Science and Technology signed an agreement with Russia&#39;s
Rostechnadzor related to regulation and safety &quot;and the provision of advisory support to the
Bangladesh Atomic Energy Regulatory Authority (BAERA) on regulation, licensing and
supervision.&quot; Staff will be trained in Russia.
In May 2016 an IAEA review following up a 2011 IAEA integrated nuclear infrastructure
review (INIR) reported that responses to the INIR were in train.
International agreements and non-proliferation
Three nuclear energy agreements between Bangladesh and India were signed in April 2017.
These comprise a nuclear cooperation agreement between Bangladesh&#39;s Ministry of Science
and Technology and India&#39;s Department of Atomic Energy (DAE), a regulatory cooperation
agreement between BAERA and India’s Atomic Energy Regulatory Board (AERB), and an
agreement between BAEC and DAE’s Global Centre for Nuclear Energy Partnership
(GCNEP) on “cooperation regarding nuclear power projects in Bangladesh”.
Bangladesh is a party to the NPT and has had a safeguards agreement in force with the IAEA
since 1982, and an Additional Protocol in force since 2001.